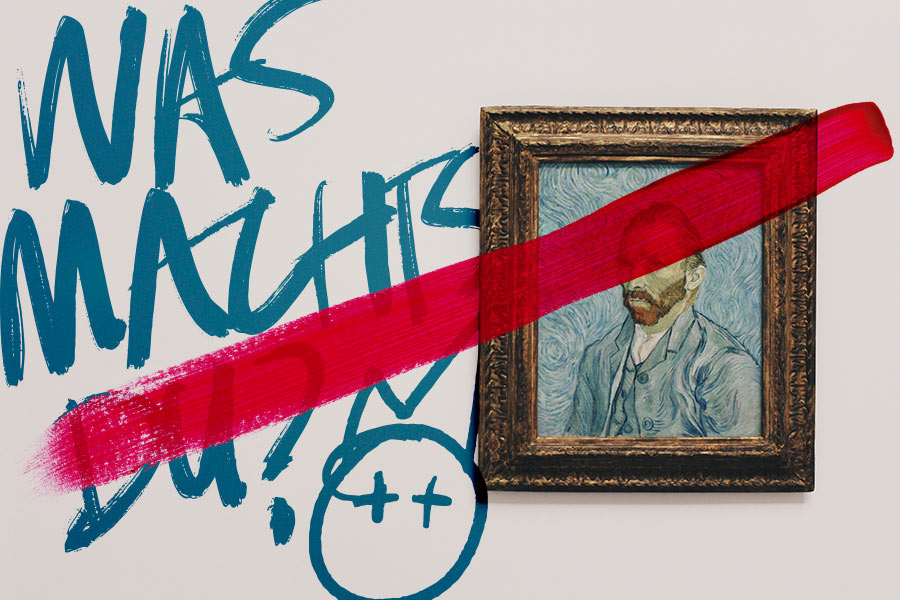 08 Nov Moderate giftedness and comparing yourself to others

Because clients today want awesome work for next to no money, you can shortcut your design projects by standing on the shoulders of giants. In other words, by learning from the superstars you can adapt their creative styles, ideas and innovation to your local clients and you’ll be able to achieve more with less hours.

While this is not a substitute for originality and paving your own way, sometimes the budget you have defines the direction you need to take and rather than stretching yourself to breaking point, you should implement some emotional intelligence and learn to not be too precious. This was supported by one of my favourite writers, Austin Kleon. He brought up the subject of moderate giftedness and I thought it to be a great idea to share.

Moderate giftedness is a term penned by Kurt Vonnegut in his novel Bluebeard. I haven’t read Bluebeard but from the passage below it describes the idea: we are all simply humans and we annoyingly feel we have to compete with the worlds best (at any given skill) rather than just be good at what we do in our little local niche or community.

The concept of comparing oneself to others is a real problem, specially among designers, and only heighten because of social media and the internet. For those young enough to never have known a life without Instagram or Facebook they find it very difficult to just be happy with themselves. This in turn causes all sort of mental anguish eventually manifesting itself in harmful ways such as burn out, mental health woes and creative deflation.

Vonnegut wrote about moderate giftedness in 1987, pre internet, and based his idea on media, television, magazines and books. Surely in the post internet world this can only have amplified the issue:

… And of course a scheme like that doesn’t make sense anymore, because simply moderate giftedness has been made worthless by the printing press and radio and television and satellites and all that. A moderately gifted person who would have been a community treasure a thousand years ago has to give up, has to go into some other line of work, since modern communications put him or her into daily competition with nothing but the world’s champions.

The entire planet can get along nicely now with maybe a dozen champion performers in each area of human giftedness. A moderately gifted person has to keep his or her gifts all bottled up until, in a manner of speaking, he or she gets drunk at a wedding and tapdances on the coffee table like Fred Astair or Ginger Rogers. We have a name for him or her. We call him or her an ‘exhibitionist.’

How do we reward such an exhibitionist? We say to him or her the next morning, ‘Wow! Were you ever drunk last night!”

As a designer you’ll often feel you have to compete with the sheer genius that is presented to you from around the world via the internet. There is just so much you can take in that it can have a detrimental effect on both the quality of your work and its effectiveness.

Doing a small design job well or making something beautifully ugly* can be as rewarding as any other design work.

Try your very best to be happy with 5minutes in front of you. And don’t follow Vonnegut and bottle it up. Be happy with whatever it is you are producing. Look to improve it, adding value. Be fearless. Feck perfuction!

Use all of these international superstars’ work as inspiration. Appropriate it. Remix it. And bring the best design in the world to your local tribe or community. Making your clients happy and giving you back your evenings and weekends. Remember, you’re a designer, not an artist. Know the difference and good things will happen.

*Beautiful ugly: the act of designing something that is intentionally designed to look bad because that actually makes the communication more effect to its target audience.